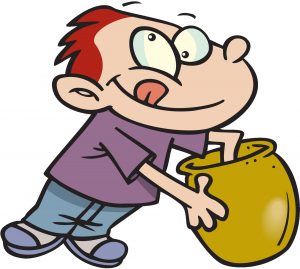 Elisha picked up Elijah’s cloak, which had fallen when he was taken up. Then Elisha returned to the bank of the Jordan River. 14 He struck the water with Elijah’s cloak and cried out, “Where is the Lord, the God of Elijah?” Then the river divided, and Elisha went across.

Then he went out to the spring that supplied the town with water and threw the salt into it. And he said, “This is what the Lord says: I have purified this water. It will no longer cause death or infertility.[a]” And the water has remained pure ever since, just as Elisha said.

Elisha turned around and looked at them, and he cursed them in the name of the Lord. Then two bears came out of the woods and mauled forty-two of them.

One day the widow of a member of the group of prophets came to Elisha and cried out, “My husband who served you is dead, and you know how he feared the Lord. But now a creditor has come, threatening to take my two sons as slaves.”

“What can I do to help you?” Elisha asked. “Tell me, what do you have in the house?”

“Nothing at all, except a flask of olive oil,” she replied.

And Elisha said, “Borrow as many empty jars as you can from your friends and neighbors. Then go into your house with your sons and shut the door behind you. Pour olive oil from your flask into the jars, setting each one aside when it is filled.”

So she did as she was told. Her sons kept bringing jars to her, and she filled one after another. Soon every container was full to the brim!

“Bring me another jar,” she said to one of her sons.

“There aren’t any more!” he told her. And then the olive oil stopped flowing.

When she told the man of God what had happened, he said to her, “Now sell the olive oil and pay your debts, and you and your sons can live on what is left over.”

But Elisha sent a messenger out to him with this message: “Go and wash yourself seven times in the Jordan River. Then your skin will be restored, and you will be healed of your leprosy.”

Because you have done this, you and your descendants will suffer from Naaman’s leprosy forever.” When Gehazi left the room, he was covered with leprosy; his skin was white as snow.

Because you have done this, you and your descendants will suffer from Naaman’s leprosy forever.” When Gehazi left the room, he was covered with leprosy; his skin was white as snow.

As the Aramean army advanced toward him, Elisha prayed, “O Lord, please make them blind.” So the Lord struck them with blindness as Elisha had asked.

As soon as they had entered Samaria, Elisha prayed, “O Lord, now open their eyes and let them see.” So the Lord opened their eyes, and they discovered that they were in the middle of Samaria.

Once when some Israelites were burying a man, they spied a band of these raiders. So they hastily threw the corpse into the tomb of Elisha and fled. But as soon as the body touched Elisha’s bones, the dead man revived and jumped to his feet!