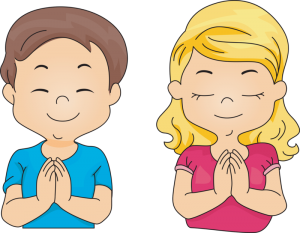 God the Father is a perfect father and he always keeps his promises.

What is a promise? It’s telling someone you’re going to do something. Sometimes people who make promises to us keep them and sometimes they don’t. When the people who have made promises to us keep them, it brings joy into our hearts, but when they do not respect them, it is the opposite, our hearts are saddened. If someone often makes promises to you and doesn’t keep them, you don’t want to trust them anymore and you don’t want to trust anyone anymore. We too sometimes fail to keep our promises. For example, you tell a friend that you’re going to play with him soon and you decide not to go. What does this produce in your friend’s heart? Sadness.

In this morning’s story, Abraham had chosen to believe in God’s promises to him even though his promises were fulfilled several years later. God was faithful and he kept his promises. God is not a man to lie or to lack faithfulness: he is always faithful and everything he says, he will accomplish it.

We must follow the example that God has set for us and we too must keep our promises.

You can say this prayer with me: “God father, thank you because you are faithful and because you keep your promises, help me to act like you and to keep the promises I make to the people around me.”